Cheap Trick: Trompe l’oeil, photography and kitsch as economies of ‘the real’ in the discourses of modernity 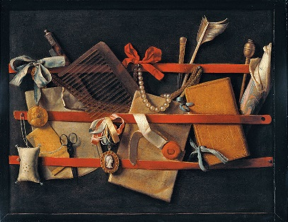 Critical accounts of kitsch that have been prompted by Clement Greenberg’s 1939 theorisation of avant-garde art bear more than a passing resemblance to the nineteenth-century critical reception of trompe l’oeil painting. Each of these critiques either accuse kitsch or trompe l’oeil artefacts of being both instigators and disseminators of a debased reality—a reality connected to the first waves of industrialised culture. This article examines the resemblances between these criticisms of kitsch and trompe l’oeil, especially in terms of what they reveal about the formalist-modernist conceptualisation of reality. By reviewing the literature that positions trompe l’oeil, photography and kitsch as superficially realistic modes of representation, the article aims to shed light on the discursive relations that produced a particular cultural conception of ‘reality’. The implications of this approach have been well rehearsed in postmodern and post-structuralist accounts of mass culture, but the present discussion takes a different route by suggesting that a similar spirit of revision could be applied to artefacts that were not mass produced. This proves to be the case particularly where, as with nineteenth-century trompe l’oeil paintings, such artefacts have also been derided as cultural forms.

The tip of the iceberg: Michael Stevenson’s A Life of Crudity, Vulgarity, and Blindness, 2012, and perceptual occlusion in contemporary culture 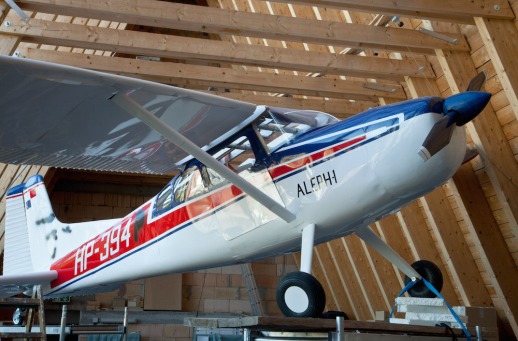 Michael Stevenson’s A Life of Crudity, Vulgarity, and Blindness, 2012, an installation at Frankfurt’s Portikus, remains one of the artist’s most poetic works. Continuing Stevenson’s long-running investigation into politics in the margins of imperial power, A Life of Crudity is one of a series of artworks examining the political history of Panama during the Cold War. The installation transformed Portikus into a building-sized camera obscura. While the work related a specific political history, in this article I describe how the structure of the camera obscura also functioned as an analogy for perception, addressing ideas of fate, political agency and the limits of knowledge. I present Stevenson’s A Life of Crudity as exemplary of an epistemological depth model, in which what can be seen is merely the tip of the iceberg. I use the formal structure of the camera obscura to anchor a sweeping historical view, connecting intellectual life in Christian early modern Europe to contemporary digital culture. Juxtaposing my analysis of Stevenson’s A Life of Crudity with a discussion of works by Marcel Duchamp, Ryan Gander, Taryn Simon and Simon Denny, I offer a view of contemporary political and cultural life that has surprising commonalities with the perspective of a religious believer or a conspiracy theorist. 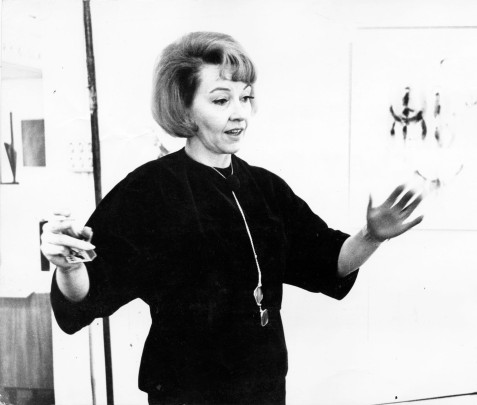 When art dealer and entrepreneur Kym Bonython’s new gallery opened in Sydney in 1967, it was believed to be the largest commercial gallery in the southern hemisphere. In early 1970, Bonython brought Melbourne-born art dealer Alannah Coleman over from London to take on the management of his gallery. Sadly, her appointment was not a success and lasted less than a year. Coleman re-organised the records and accounts along European lines and tried to put the gallery on a firm financial footing, but she met with opposition from staff, artists and Bonython himself. Bonython wanted the gallery as a showcase for new talent and was always on the lookout to spot ‘the next goer’. The opening parties at Bonython’s deplored by Coleman as ‘open slather’ evenings proved to be significant social events and the focus for cultural exchange, whilst in his solo shows, Brett Whiteley made innovative use of the gallery as a ‘theatre’, combining painting and sculpture with light and sound to transform the exhibition into a completely new synesthetic experience. In 1971, with funding from John Kaldor’s Public Art Project scheme, Swiss curator and gallerist Harald Szeemann used the Bonython Gallery to stage a groundbreaking show of conceptual art that went on to show at the National Gallery of Victoria, Melbourne. Without a regular external source of sponsorship or support, however, Coleman’s fears for the financial viability of the gallery were eventually proved right when, after several further years of losses, it finally closed in 1976. 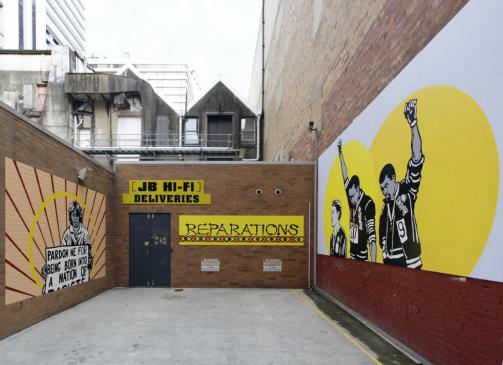 Black activists have long crafted systems of identification that intersect politics and aesthetics as a means of promoting social change for oppressed communities around the world. This article uses the global history of black political aesthetics as a framework for interpreting the collaborative practice of two artist activists—Aboriginal Australian Richard Bell (b.1954) and African American Emory Douglas (b.1943). It is the first study to examine their collaboration and interpret it as a mode of political aesthetics. In doing so, it argues, through an analysis of their Burnett Lane mural, that Bell and Douglas create artpolitical environments, in which they synthesise their visual languages, combine overlapping influences, reference historic Black Power imagery, and present internationally recognisable symbolism to collectively challenge global inequalities. The concept of an artpolitical environment, termed by the American philosopher Crispin Sartwell, is discussed in relation to the Marcus Garvey movement of the early twentieth century, and conceptualised through what French philosopher Jacques Rancière’s calls the distribution of the sensible. 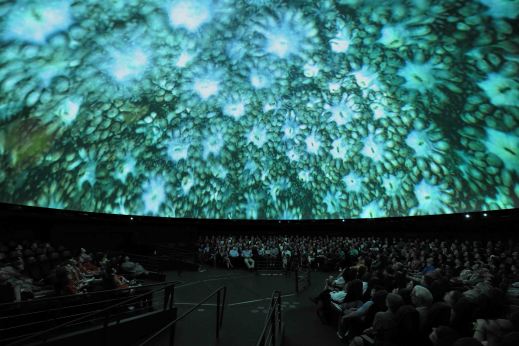 In contemporary art theory, much has been written about collaborative and socially engaged artistic practices, and their relationship to spectacle. The use of spectacle in contemporary art is frequently viewed pejoratively, connoting a waning of critical potential and the pacification of the audience. Australian artist Lynette Wallworth, however, shows that these two tendencies in contemporary art do not necessarily need to be so polarised. For the last two decades, Wallworth has synthesised a research-based, socially engaged practice with a commitment to creating spectacular multimedia experiences that engage the viewer critically and affectively. Through consideration of Wallworth’s practice from early interactive pieces to more recent ambitious, immersive projects, this article explores how she sympathetically engages both her collaborators and her spectators, while still maintaining her own clear authorial voice. Her proficient use of new media technologies generates the possibility of ‘critical wonder’ in her audience, by activating curiosity, self-awareness and criticality via aesthetic, emotive and sensorial modes. Wallworth’s practice thinks beyond common understandings of spectacle—and its critique—within art history, to consider how spectacular effects or approaches can be used to speak critically about topics other than spectacle itself.

‘When philosophy paints its grey in grey, then has the shape of life grown old… The owl of Minerva spreads its wings only with the falling of dusk.’

David Brooks and Darren Jorgenson, The Wanarn Painters of Place and Time: Old Age Travels in the Tjukurrpa

The Aboriginal painting movement has long been characterised by ‘remote stars’ whose seniority connotes the last generation to embody the full lexicon of pre-contact experience of language, law (tjukurrpa) and Country. Witness, for example, Emily Kame Kngwarreye, whose career—launched in her eighties—was all ‘late’; the taciturn old men guiding the middle-aged painters at Papunya in the early 1970s; or the last Nyikina speaker, Loongkoonan, who started painting in her nineties and is now brushing her second century.